What is PFC (Power Factor Correction) & How do PFC Inductor Work?

What is PFC (Power Factor Correction)? Our Definition

What is PFC? PFC is an acronym that stands for “power factor correction”. Power Factor is defined as the ratio of real (true) power flowing through the load to the total (apparent) power in a circuit. Real power is the work performing capacity of the circuit at a particular time and apparent power is nothing but the product of voltage and current. If the power factor is low, it means that the current and voltage is not in phase. That is, the point at which voltage and current attains the maximum value will be different. So the instantaneous value of the power (P = V x I) will be less if the power factor is low. Basically, this means that to avoid loss of power and to increase efficiency, the power factor value must be high. Power factor will be having a value starting from zero to one. One is considered as the optimum value. (Wikipedia page on power factor correction.) There are various methods to optimize the power factor value which is commonly referred to as “power factor correction”. Power factor correction (PFC) in a circuit can be obtained by using inductors. A PFC inductor will try to adjust the value of power factor to make it unity. To achieve this, the effects of the load’s reactance needs to be canceled. The equal and opposite load needs to be added to the circuit to cancel the effects of the load reactance. Both capacitive and inductive effects can be canceled by using inductors and capacitors. An inductor can only cancel the capacitive effect and a capacitor can only cancel the inductive effect. There are two types of PFCs. Active PFC and passive PFC. In passive PFC, only passive electronic components like inductors and capacitors are used.

PFC inductors are used to cancel the capacitive effects. The goal here is to make the total inductance and total capacitance equal so that the real power and apparent power will be matched and power factor will become closer or equal to one.

An inductor or reactor is a passive electrical component and it can store energy in the form of a magnetic field when current is passed through it. So it is basically a component acting as an energy “tank”. The inductor will be having a coil made up of wire. The coiled structure helps to create a magnetic field inside it based on Ampere’s law. A PFC inductor is nothing but an ordinary inductor attached in a circuit for the purpose of adjusting the power factor value to obtain high efficiency and proper power transfer. So the working principle of PFC inductor is the same as the ordinary inductor.

According to Faraday’s law of electromagnetic induction, when an alternating current is flowing through an inductor, a varying magnetic field is created in it which induces a voltage in the conductor and this voltage will be in a way such that it will try to oppose the very same current that was caused for the production of the voltage. The inductance is defined as the ratio of voltage and the rate of change of current. The unit is henries (H). 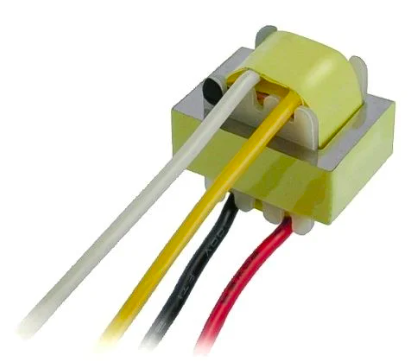